On 12 th and 13 th of September 2016 the Solarzentrum Mecklenburg-Vorpommern organized the 13 th International Conference for alternative mobility in Wietow. At the conference current funding measures from the German federal for the market ramp of electric mobility were discussed, as well as a review of 30 years of electromobility. Furthermore presentations about alternative drive technologies were held, for example the use of fuel cell drive systems in connection to wind energy by specific examples. On 13.09.2016 the traditional e-mobile rally from Wietow to Schwerin to the federal state parliament of Mecklenburg-Vorpommern and to the Pfaffenteich took place. WIND-projekt participated at the rally with the hydrogen-powered fuel cell vehicle Hyundai ix 35 Fuel Cell. In front of the federal state parliament the technology of the vehicles, the current stage of development and the associated infrastructure were explained to the deputies of the parliament. Afterwards the vehicles moved towards Pfaffenteich, where they were presented to the population of Schwerin. During interesting conversations with numerous people it was recognized that a change in thinking in the minds of people already has begun and an interest exist in alternative drive systems, such as the purely electric drive and run on hydrogen fuel cells. 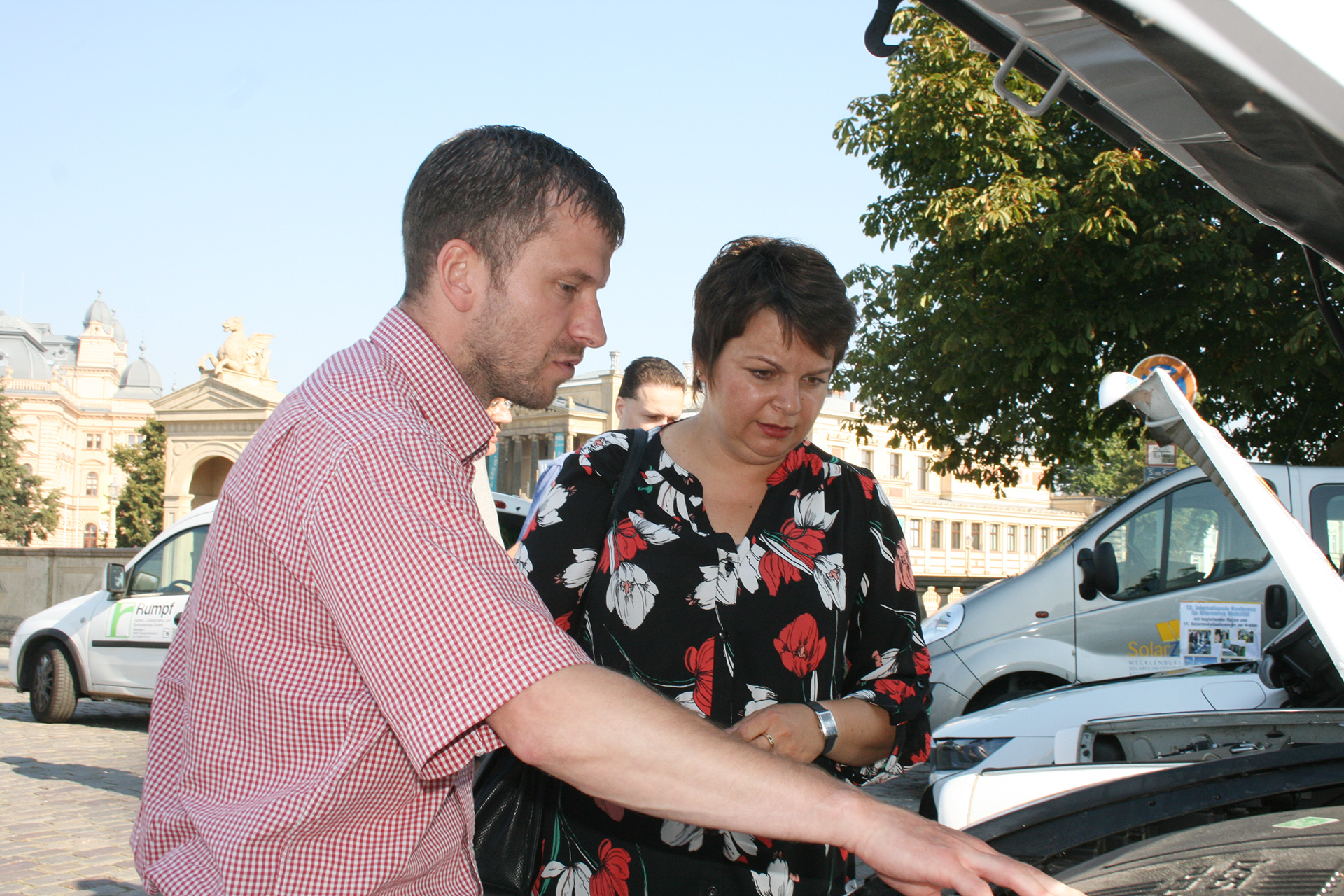 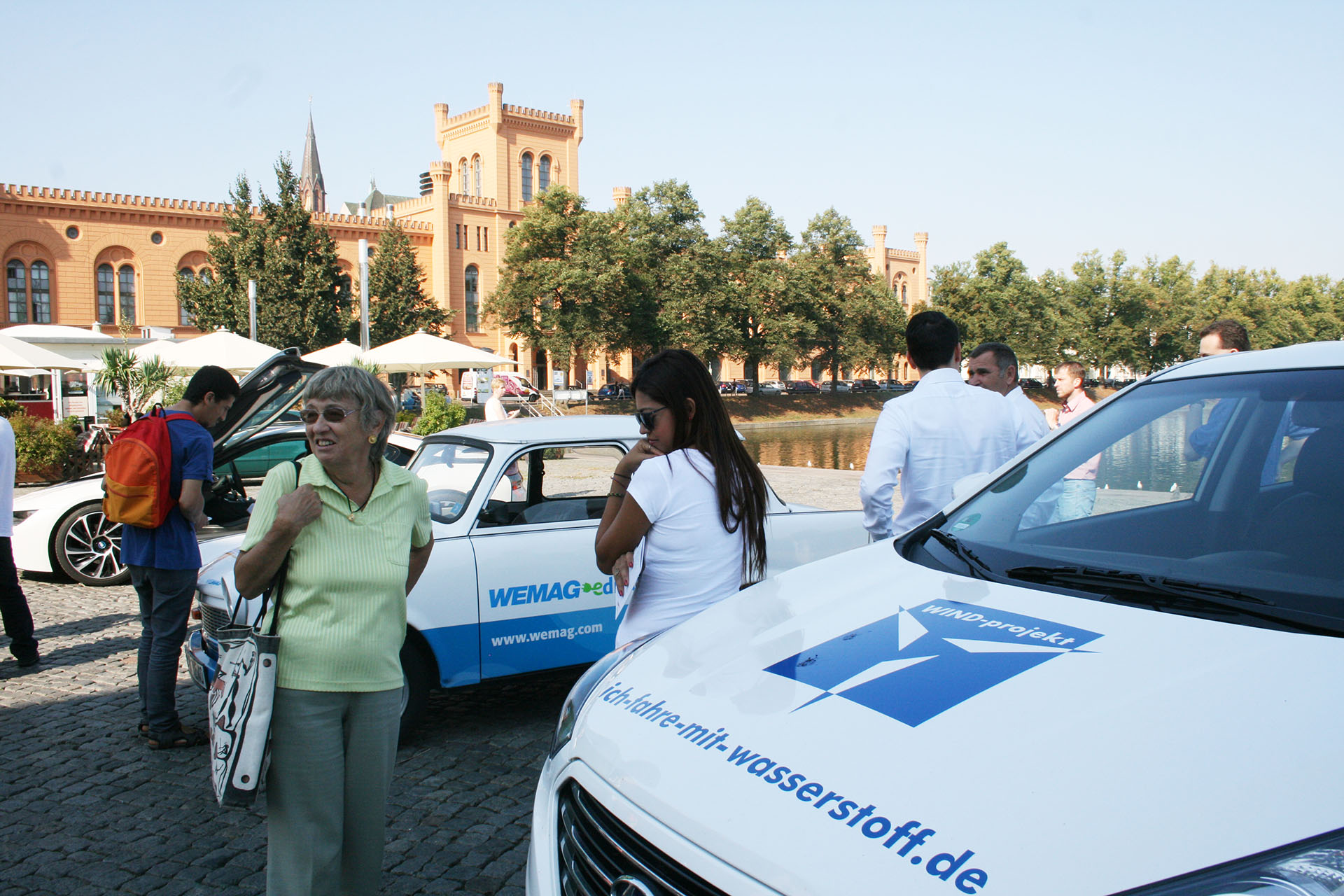