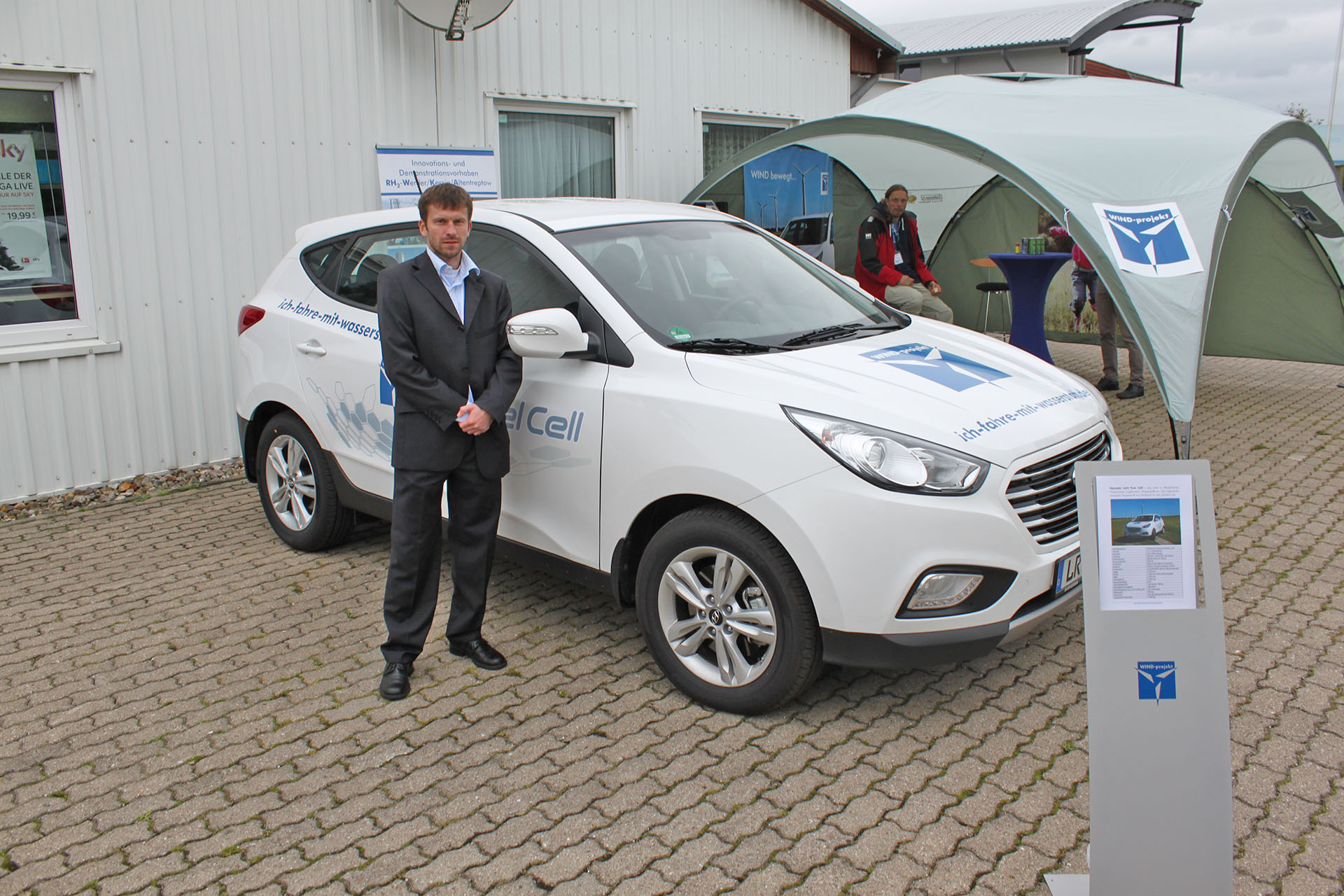 From September 15th to 18th, 2015 the well-known fair of the wind energy industry “HUSUM Wind” took place in Husum at the North Sea coast. 651 exhibitors from 25 countries, 20.000 trade visitors and industry representatives came to the fair halls and exchanged intensively about innovations in the sector and about new projects. WIND-projekt presented itself with an outdoor booth. The fair visitors could learn information about current projects of WIND-projekt and the Hyundai ix35 Fuel Cell and carry out tests with the fuel cell vehicle. The journey to the fair took place with a stopover in Hamburg to refuel sufficient hydrogen for the organizing tests at the fair. First technical problems occurred with the starter battery of the fuel cell vehicle. The Hyundai could not be restarted after the engine was stopped, despite a long drive. Thanks to quick and professional action by the service team of Hyundai the defective battery was replaced on site at the exhibition center and therefore the problems were fixed. As an innovation WIND-projekt presented a converted camper by the German manufacturer MORELO Reisemobile GmbH, which enables autonomous power supply on the basis of renewable energy due to a fuel cell and photovoltaic system. The fuel cell system was implemented in cooperation with the company balticFuelCells from Schwerin.